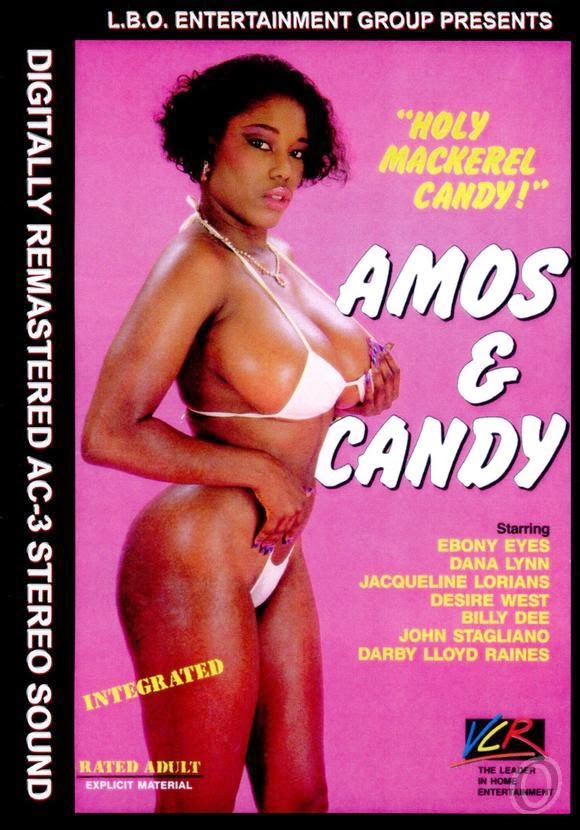 Sugar and spice mixes the races in a sweet feast of interracial delights!

After this scene we go back to the wrapper and see more terrible banter before we move on to another vintage clip that begins with a pretty, natural blonde laying naked except for an amazing pair of shoes (sorry to get all girly on you, but these things were fucking beautiful) on a shag rug next to a handsome black man playing the bongos. It isn’t long before they are both naked, having more hot, natural-looking sex. One thing I noticed about this scene, and all of the following vintage scenes, was that the sound didn’t quite match up with the scene. Although these weren’t the incredibly fake, exaggerated moans we hear in today’s porn, they didn’t quite sync up with the scene. Occasionally we’d hear the girl moan while her mouth was closed. Or the guy would say something and not move his lips. It wasn’t terribly distracting, though, because at least the moans sounded believable.

More cheesy banter from the scene in the garage and we move on to another vintage scene between two women (one black, one white) and a white guy. And, sorry to get girlie on you once again, but I couldn’t help but admire the black woman’s sleek and classy garter belt. There’s a great part at the end of the scene when the guy comes on a girl’s face and, judging by the way she jumps when it hits her, I think it may have gotten a little closer to her eye than she expected. Don’t laugh, that shit burns! Okay, you can laugh a little. I always do when it happens to me.

Ebony: "Fuck this, I'm getting tired of this. I can't fight you off and do this video too.”
Douchey White Guy: “Okay, I've had it, just leave.”
Ebony: “fine, fuck you.”

Finally, we reach the finale. Our wise-cracking mechanic gets his turn when a blonde with a very 80s perm and sparkly tube top comes in to get her car worked on, but ends up getting her pussy worked on instead (I should be writing the descriptions for these movies, I’m a natural). The blonde is absolutely adorable and a quick web search turns up the name Dana Lynn. As my roommate so eloquently put it, “she’s hot if you subtract the 80s.” Definitely another one I’d like to see more of. The scene itself was full of porn cliches and wasn’t very memorable, but Lynn’s natural C-cups were things of beauty. Despite the cheesiness of the scene, there was one moment in the scene where Billy Dee won me over a bit with his realism and humor. He and Dana are going at it when his dick falls out of her pussy - as sometimes happens during real sex. Not only did they leave it in the scene, but Billy Dee draws attention to it with a “Whoops!” and then, “would you please direct me back to the passage?”

Conclusion: Although the sex wasn’t particularly noteworthy, the vintage 70s scenes were beautiful and sexy. I’d definitely watch this with a lover, as long as I could skip past the cheesy 80s cliches.

Who is the Moody Floozy?

Want to have a steamy chat?